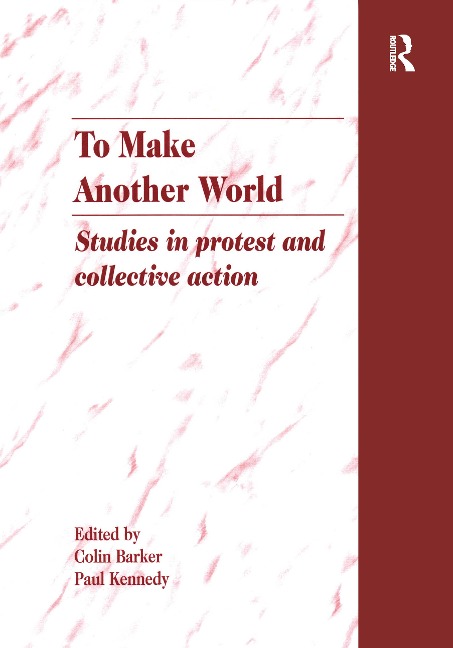 To Make Another World

Studies in Protest and Collective Action

This book is a significant contribution to the expanding study of social movements. The essays consider some of the manifold ways in which people join together in popular movements to pursue visions of a different and more just society. They examine the impact of such movements, both on ordinary citizens swept along by demands for change, and on conventional institutions caught in the crossfire between radical protest and the pursuit of more mundane goals.  They cast a new light on seemingly familiar themes: participation as a learning experience, the critical ingenuity of leadership but also its failures of judgment and internal divisions and the ever-changing nature of protest in the face of relentless social change.  Above all, these essays succeed in capturing the essential vitality and creativity of ideas and language expressed by citizens as they struggle to reinvent their lives and times.

Contents: Introduction; The moral economy of anti-poll tax protest; What is to be done? Contrasting activists' visions in community protest; From the women's movement to feminisms; To concede or to contest? Language and class struggle; The East German revolution of 1989; Shirkers in revolt - mass desertion, defeat and revolution in the German army: 1917-1920; Militant and the failure of acherontic? Marxism in Liverpool; Business enterprises as agents of cultural and political change: the case of green/ethical marketing; Daring to dream: idealism in the philosophy, organization and campaigning strategies of Earth First!; The other side of the barricades: policing protest.