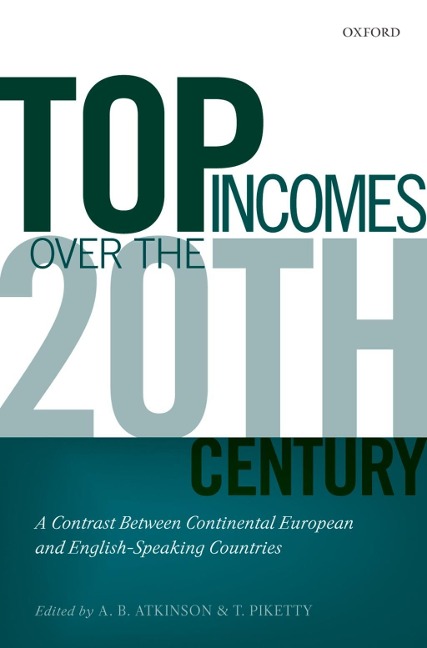 Top Incomes Over the Twentieth Century

A Contrast Between Continental European and English-Speaking Countries

Based on a pioneering research programme on the evolution of top incomes, this volume brings together studies from 10 OECD countries.  This rapidly growing field of economic research investigates the top segment of the income distribution by using data from income tax records over the past century. As well as describing the source data and methods employed, the authors also discuss the dramatic changes that have occurred at the top of the income scale throughout the
20th century.

This fascinating study is the first of its kind to provide a comprehensive historic overview of top income distribution over the last century.  It looks at why top incomes shares fell markedly in the first half of the 20th century and why, more recently, there has been a striking difference in the top income distribution between continental Europe and English-speaking OECD countries, like the UK, USA, and Australia.  Written by the top names in the field, this seminal work provides rich
pickings for those with an interest in inequality, development, the economic impact of war, taxation, economic history, and executive compensation.

Thomas Piketty is Professor of Economics at PSE and EHESS, Paris. He earned his PhD in 1993 at EHESS and LSE (European Doctoral Programme) and taught at MIT's Economics Department from 1993 to 1996, before returning to France. Thomas is also co-editor of the Journal of Public Economics and co-director of CEPR Public Policy Programme.