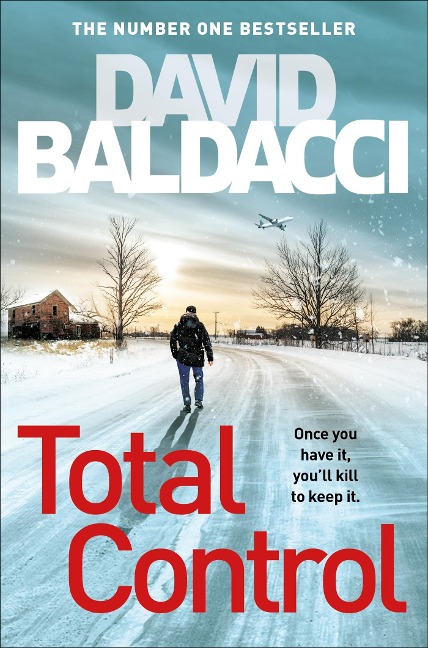 WHEN HER HUSBAND'S PLANE FALLS FROM THE SKY, SIDNEY ARCHER MUST UNCOVER WHAT SECRETS HE WAS HIDING.

Jason Archer is a young executive at a world-leading technology conglomerate. Determined to give his wife and daughter the best of everything, he has entered into a deadly game of cat-and-mouse.

The grieving Sidney soon learns the job interview Jason was flying to never existed. In the wake of his disappearance, she must sort out Jason's truths from his lies.

Race for the truth.

A suspicious air-crash investigation team, a tenacious veteran FBI agent and the dangling threads of a sinister plot lead all involved to beg the question: what really happened to Jason Archer?

Sidney's investigation plunges her into a conspiracy of violence as she's faced with a trail of dead bodies and shocking, exposed secrets.

'The page-turner of the season' The Times

[Instructions for layout - include thumbnail for author pic by the barcode. (Neil Spence)]

David Baldacci is a worldwide bestselling novelist of titles such as The Fix, No Man's Land and End Game. With over 130 million copies in print, his books are published in over eighty territories and forty-five languages, and have been adapted for both feature-film and television. David is also the co-founder, along with his wife, of the Wish You Well Foundation®, a non-profit organization dedicated to supporting literacy efforts across the US.

Trust him to take you to the action.