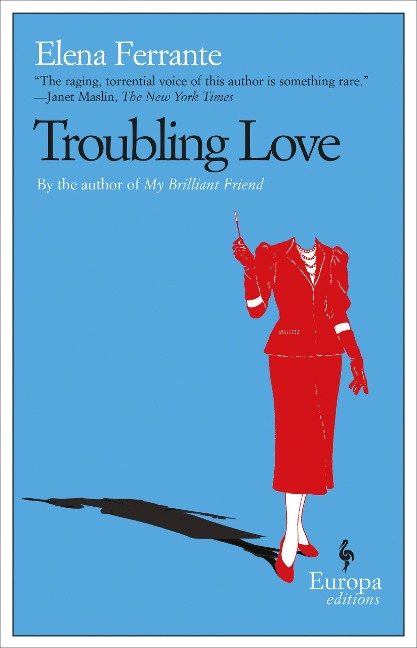 A woman goes home to Naples after her mother's mysterious death in a "tour de force" by the New York Times-bestselling author of My Brilliant Friend (Seattle Times).

Following her mother's untimely and unexplained drowning, which was preceded by a series of strange phone calls, forty-five-year-old Delia leaves Rome and embarks on a voyage of discovery through the beguiling yet often hostile streets of her native Naples. She is searching for the truth about her family and the men in her mother's life, past and present, including an abusive husband. What she discovers will be more unsettling than she imagines, but will also reveal truths about herself, in this psychological mystery marked by "tactile, beautifully restrained prose" (Publishers Weekly) about mothers and daughters and the complicated knot of lies and emotions that binds them.

"Ferrante's polished language belies the rawness of her imagery." -The New Yorker

"With the quick-paced mystery guiding the story, Delia explores her relationship with her mother, unraveling memories and secrets repressed since childhood and coming to terms with an upbringing filled with jealousy and violence . . . Troubling Love is vivid and powerful." -Library Journal
E-Book 02/2020

p>Elena Ferrante is the author of The Days of Abandonment (Europa, 2005), which was made into a film directed by Roberto Faenza, Troubling Love (Europa, 2006), adapted by Mario Martone, and The Lost Daughter (Europa, 2008), soon to be a film directed by Maggie Gyllenhaal. She is also the author of a Frantumaglia: A Writer's Journey (Europa, 2016) in which she recounts her experience as a novelist, and a children's picture book illustrated by Mara Cerri, The Beach at Night (Europa, 2016). The four volumes known as the "Neapolitan quartet" (My Brilliant Friend, The Story of a New Name, Those Who Leave and Those Who Stay, and The Story of the Lost Child) were published in America by Europa between 2012 and 2015. The first season of the HBO series My Brilliant Friend, directed by Severio Costanzo premiered in 2018.