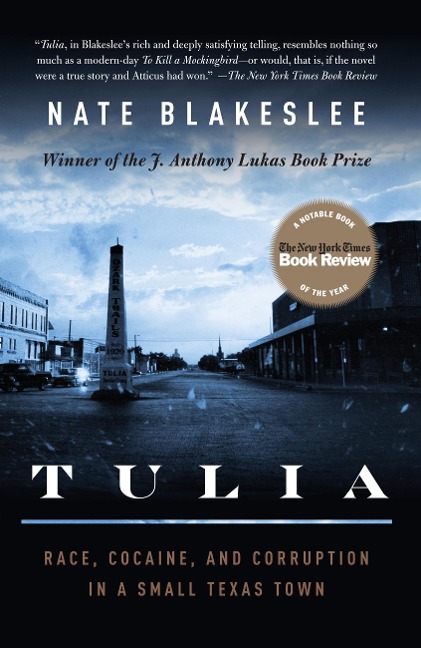 Race, Cocaine, and Corruption in a Small Texas Town

This true story of race and injustice in a small west Texas town "resembles . . . a modern day To Kill a Mockingbird -- or would, that is, if the novel were a true story and Atticus had won" (New York Times Book Review)

In the summer of 1999, in the tiny west Texas town of Tulia, thirty-nine people, almost all of them black, were arrested and charged with dealing powdered cocaine. At trial, the prosecution relied almost solely on the uncorroborated, and contradictory, testimony of one police officer. Despite the flimsiness of the evidence against them, virtually all of the defendants were convicted and given sentences as high as ninety-nine years.

Winner of the J. Anthony Lukas prize for excellence in nonfiction, Tulia is the story of this town, the bust, the trials, and the heroic legal battle that ultimately led to the reversal of the convictions. But the story is much bigger than the tale of just one bust. As Tulia makes clear, these events are the latest chapter in a story with themes as old as the country itself. It is a gripping, marvelously well-told tale about injustice, race, poverty, hysteria, and desperation in rural America.

Nate Blakeslee is the author of American Wolf: A True Story of Survival and Obsession in the West and Tulia: Race, Cocaine, and Corruption in a Small Texas Town, which won the J. Anthony Lukas Book Prize and the Texas Institute of Letters best book of nonfiction prize. Blakeslee is a contributing writer for Texas Monthly, where he served as a senior editor for nine years, writing about politics, criminal justice, and environmental issues. Previously, he was the editor of the Texas Observer. Blakeslee was born and raised in Arlington, Texas. He has a Masters of Arts from the University of Texas at Austin. He lives in Austin with his wife and their two children.