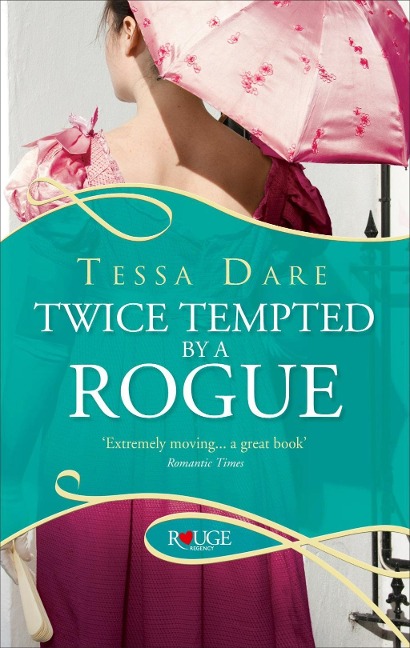 Twice Tempted by a Rogue: A Rouge Regency Romance

Luck is a double-edged sword for brooding war hero Rhys St. Maur. His death wish went unanswered on the battlefield, while fate allowed the murder of his friend in the elite gentlemen's society known as the Stud Club. Out of options, Rhys returns to his ancestral home on the Devonshire moors, battle-scarred and world-weary.

But he is offered a chance at redemption in the arms of beautiful innkeeper, Meredith Maddox who dares him to face the demons of his past

The second novel in Tessa Dare's delightful Stud Club trilogy. Other titles in this series are One Dance with a Duke and Three Nights with a Scoundrel.