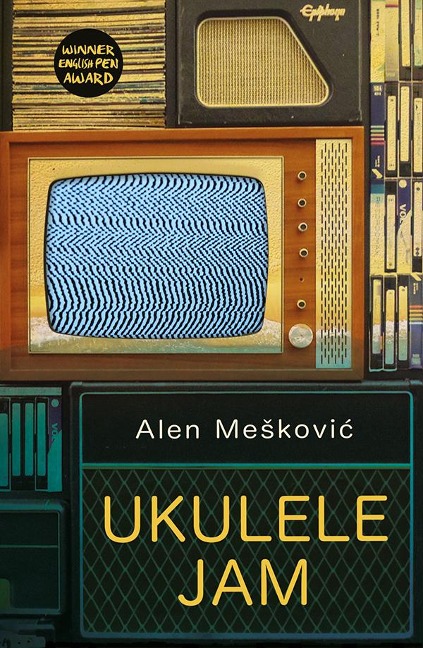 As funny as a Nick Hornby, but with an existential seriousness that cannot be mistaken. - Ekstra Bladet.
A glimpse of what it means to literally and physically be an outlaw because of your name... There is an energy of language, an underlying pain, an anger... - Politiken.
A fantastic, unfanatical first-hand portrayal of life in a country at war with itself... You will both smile and feel sad over his descriptions and fast-paced dialogue with its moments of furious tension." - Nordjyske  Bosnian teenager Miki and his family are escaping the Balkan war. They live in a Croatian refugee camp, a former holiday resort, but it's difficult to adjust. With the war rumbling in the background and his brother in a Serbian prison camp, Miki and his new friends pick up girls, listen to music and have campfire parties on the beach. Then war breaks out between Croats and Bosnians and friends threaten to become enemies. Miki dreams of emigrating to Sweden but his parents can't bear to give up on their old life in Bosnia.

Based on his own experiences, Alen MeSkovic has written a novel by turns humorous and tragic, which has been compared to Salinger and Knausgaard. It is lively, poetic, raw, affecting and very funny, all the while depicting a European tragedy whose consequences still resonate today.

Alen Meskovic was born in Bosnia in 1977 and has lived in Denmark since 1994. His debut publication was the critically acclaimed poetry collection Første gang tilbage (First Time Back) in 2009. His first novel, Ukulele Jam (2011) was nominated for the literary award Weekendavisens Litteraturpris. It has been published in nine countries, including Germany, where it is also a long-running theatre production. In 2012, Alen Meskovic was awarded a three year working grant by the Danish Arts Foundation for the novel. Published in 2016, One-Man Tent, a stand-alone sequel of Ukulele Jam, is being translated into four languages.