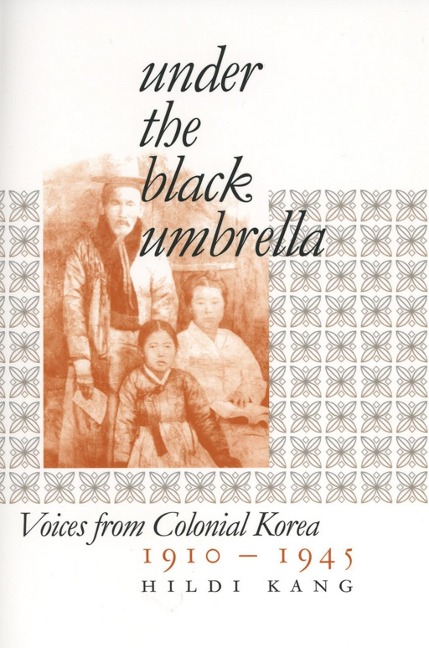 Under the Black Umbrella

In the rich and varied life stories in Under the Black Umbrella, elderly Koreans recall incidents that illustrate the complexities of Korea during the colonial period. Hildi Kang here reinvigorates a period of Korean history long shrouded in the silence of those who endured under the "black umbrella" of Japanese colonial rule.

Existing descriptions of the colonial period tend to focus on extremes: imperial repression and national resistance, Japanese subjugation and Korean suffering, Korean backwardness and Japanese progress. "Most people," Kang says, "have read or heard only the horror stories which, although true, tell only a small segment of colonial life." The varied accounts in Under the Black Umbrella reveal a truth that is both more ambiguous and more human-the small-scale, mundane realities of life in colonial Korea.

Accessible and attractive narratives, linked by brief historical overviews, provide a large and fully textured view of Korea under Japanese rule. Looking past racial hatred and repression, Kang reveals small acts of resistance carried out by Koreans, as well as gestures of fairness by Japanese colonizers. Impressive for the history it recovers and preserves, Under the Black Umbrella is a candid, human account of a complicated time in a contested place.

Critical Readings on the Colonial Period of Kor...