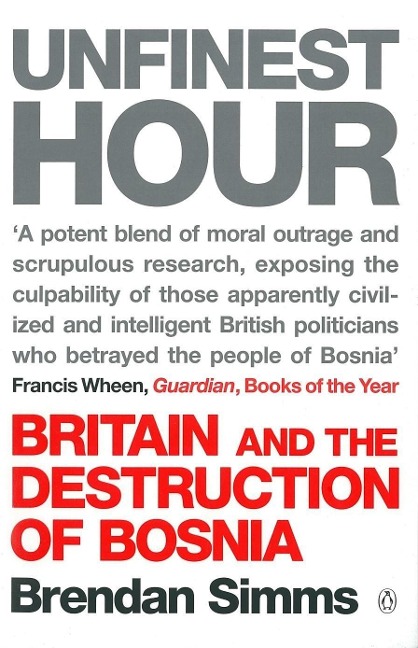 Britain and the Destruction of Bosnia

For most of 1992-1995, Britain stood aside while an internationally recognised state was attacked by externally-sponsored rebels bent on a campaign of territorial aggression and ethnic cleansing. It was her unfinest hour since 1938. Based on interviews with many of the chief participants, parliamentary debates, and a wide range of sources, Brendan Simm's brilliant study traces the roots of British policy and the highly sophisticated way in which the government sought to minimise the crisis and defuse popular and American pressure for action. We all continue to live with the results of these shameful actions to this day.