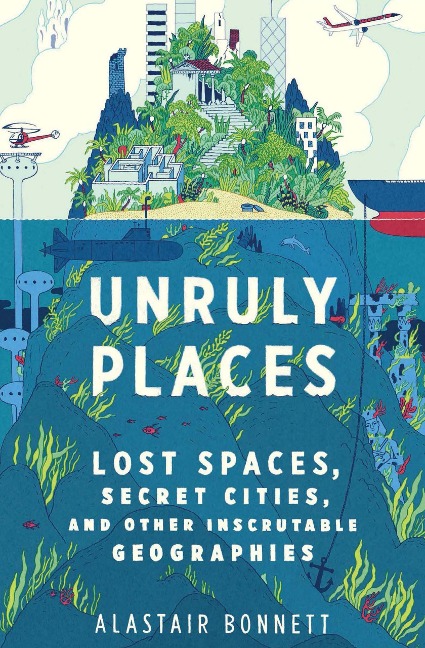 At a time when Google Maps Street View can take you on a virtual tour of Yosemite's remotest trails, it's hard to imagine there's any uncharted ground left on the planet. But in Unruly Places, Alastair Bonnett rekindles our geographical imaginations with excursions into some of the world's most peculiar places-such as moving villages, secret cities, no man's lands, and floating islands.

Bonnett investigates Sandy Island, a place that appeared on maps until just two years ago despite the fact that it never existed; Sealand, an abandoned gun platform off the English coast that a British citizen claimed as his own sovereign nation, issuing passports and crowning his wife as a princess; Baarle, a patchwork of Dutch and Flemish enclaves where walking from the grocery store's produce section to the meat counter can involve crossing national borders; and many other curious locales. In this "delightfully quirky" guide down the road much less traveled, Bonnett reveals that the most extraordinary places on earth might be hidden in plain sight (Ron Charles, Washington Post).
E-Book 06/2020

ALASTAIR BONNETT is a professor of social geography at Newcastle University. The author of numerous academic texts, he served as editor of the avant-garde, psycho-geographical magazine Transgressions: A Journal of Urban Exploration.