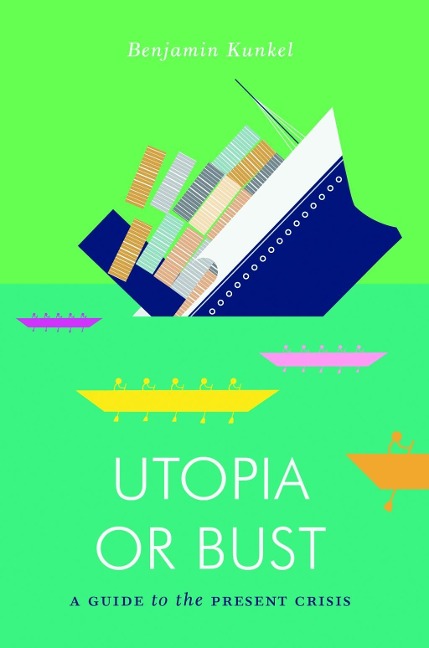 A Guide to the Present Crisis

"For anyone who cares about historical necessity, the crisis of capitalism, and our fate." - Rachel Kushner

After the financial crash and the Great Recession, the media rediscovered Karl Marx, socialist theory, and the very idea that capitalism can be questioned. But in spite of the publicity, the main paths of contemporary critical thought have gone unexplored outside of the academy. Benjamin Kunkel's Utopia or Bust leads readers - whether politically committed or simply curious - through the most important critical theory today. Written with the wit and verve of Kunkel's best-selling novel, Indecision, this introduction to contemporary Leftist thinkers engages with the revolutionary philosophy of Slavoj Zizek, the economic analyses of David Graeber and David Harvey, and the cultural diagnoses of Fredric Jameson. Discussing the ongoing crisis of capitalism in light of ideas of full employment, debt forgiveness, and "fictitious capital," Utopia or Bust is a tour through the world of Marxist thought and an examination of the basis of Western society today.