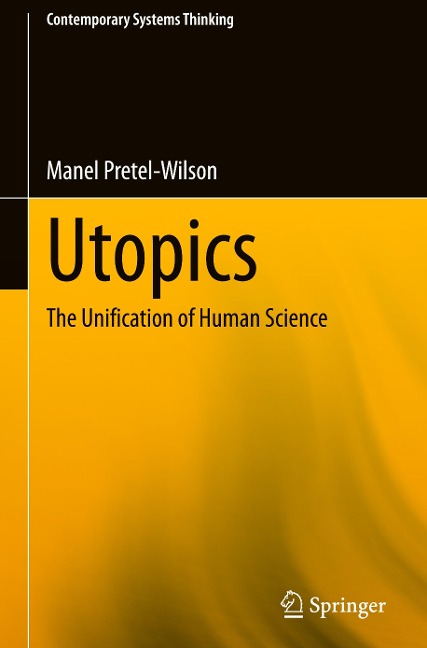 The Unification of Human Science

The book consolidates systems thinking as a new world-hypothesis that is already suggesting itself behind the advancement of quantum mechanics and Ashby's cybernetics. In particular, it shows how Einstein's misgivings about quantum mechanics boil down to his persistence in defending the principle of contiguity at the root of the modern cosmology and, in relation to neo-cybernetics, the book rediscovers Ashby's theory of adaptive behaviour enabling a new synthesis between physiology, psychology and ethology that has implications for systems practice.

Furthermore, this new "cosmology" comes with a new "anthropology" that informs utopics, the science of utopic systems, and sheds new light on the actual founding fathers of the domain of human science. In particular, the book provides an understanding of how our human world works and how it is being constituted by utopic systems that look into the future to realize something possible. Finally, it points the way to the future unification of knowledge bringing together systems philosophy and systems science given that world-hypothesis is what makes logically possible the development and consolidation of all the different domains of science.

Manel Pretel-Wilson received his PhD from Hull University Business School (Center for Systems Studies). His research interests are in Philosophy, Science and History and, prior to writing his first book, he has been a senior manager in different sectors in Catalonia (Spain).