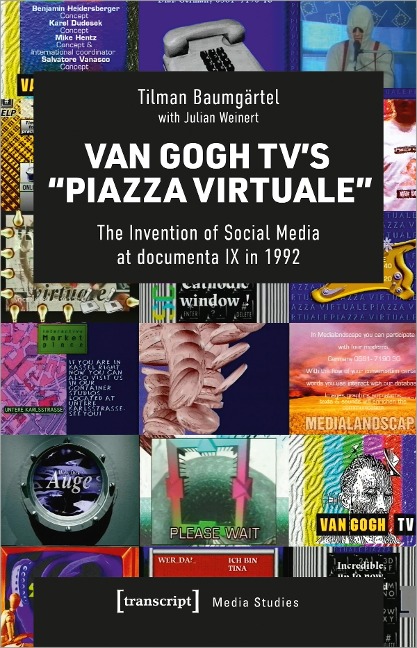 The Invention of Social Media at documenta IX in 1992

Piazza virtuale by the group of artists known as Van Gogh TV was not only the biggest art project ever to appear on television, but from a contemporary point of view the project was also a forerunner of today's social media. The ground-breaking event that took place during the 100 days of documenta IX in 1992 was an early experiment with entirely user-created content. This is the first book-length study of this largely forgotten experiment: It documents the radicality of Piazza virtuale's approach, the novel programme ideas and the technical innovations. It also allows, via QR codes, direct access to videos from the show, which until now have been inaccessible.

Tilman Baumgärtel (Dr.) is a writer and teaches media studies at Hochschule Mainz. Previously he was a professor at the University of the Philippines in Manila (2005-2009) and at the Department of Media and Communication at the Royal University of Phnom Penh (2009-2012). He has published on media culture, including internet art, computer games, the aesthetics of loops, GIF animation and the director Harun Farocki.