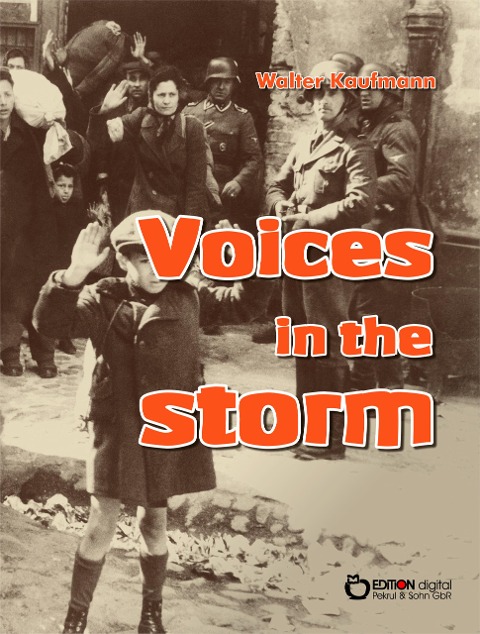 Voices in the Storm

In this his first novel Walter Kaufmann tells with stark realism the story of a group of underground fighters against Hitler. Woven into the heroic pattern of struggle and resistance, is the Iife story of a Jewish boy who sees his family disintegrating before the onslaught of HitIer's thugs. With the passion of one who has Iived through many of the events described in Voices in the Storm, Walter Kaufmann presents an unforgettable picture of the face of fascism. Written in Australia, the novel is a Iiving link between the turbulent days of the thirties in Germany and Australia to-day, raising anew problems we hoped had belonged to the past. No Australian could put the book aside thinking: "Fascism can't happen here." For the men and women in its pages are essentially the same, and are subject to the same social forces as the men and women who walk the streets in our own cities. Voices in the Storm is a relentless story, yet it is a story of Iove and hope and fight. Even through the depiction of defeat the author inspires us with the strength and grandeur of man. The courage which upheld countless Germans who defied fascism in the face of death, their confidence and strength, their belief in the future and the world's radiant dawn-the spirit of these men and women is alive in Walter Kaufmann's deeply moving novel.

Born in Berlin in 1924, Walter Kaufmann was adopted at the age of two by parents who fell victim to the Nazis when the boy was fifteen years old. The lad managed to escape to Australia. There he lived until 1955 and in that year, a man grown, he at last returned to the city of his birth... The long, lean years in between were spent in fruit farming, as a soldier during the war, as a street photographer, a docker, a seaman. It was during this time that he began to write and a first novel, Voices in the Storm, has since been published in several languages. A second book was followed by a series of articles about Japan where he visited extensively. All of his writings reflect the diversified and rich experience of his life and his travels ...