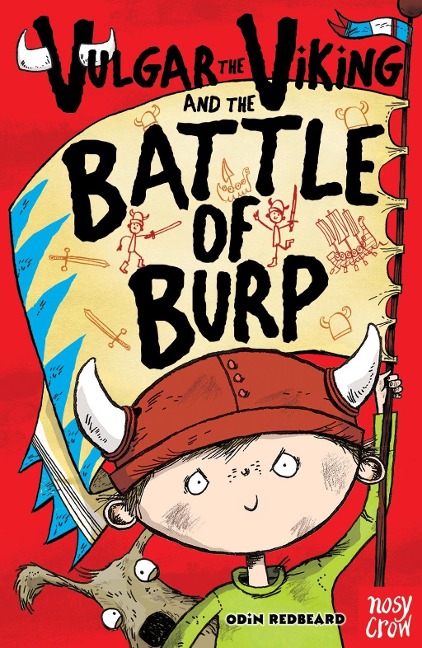 Vulgar the Viking and the Battle of Burp

Viking based fiction, perfect for fans of How to Train Your Dragon!

"In this downright funny and entertaining series, Vulgar wants to be a real Viking however things don't always go according to plan for him... Full of humour, your children will devour these and they'll be begging you to read them the next one in the series!" - Theschoolrun.com

Vulgar can't believe his luck. He's going on a school trip in a real, live longboat, with oars and everything! And they're going to visit Burp, where a long-ago battle once took place between the Vikings and the, er, Burpers. It was a mighty battle, which the Vikings totally lost. But this time, Vulgar's going to re-write history. He's up for a bit of historical re-enactment, and is sure, one way or another, that a great and noble victory will be his!
E-Book 08/2013

Baldwin for Our Times