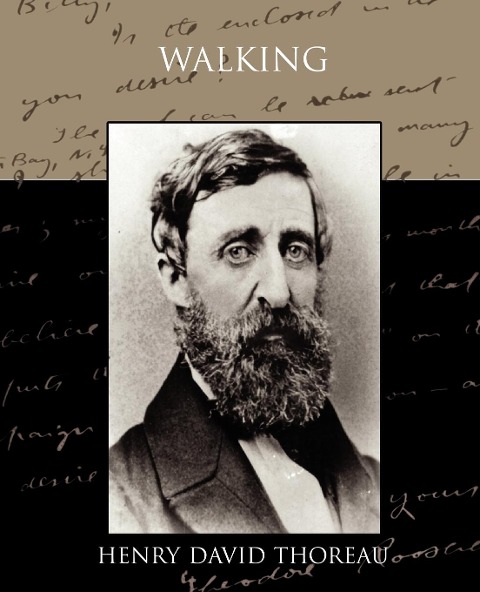 Henry David Thoreau was an American author, poet, naturalist, tax resister, surveyor, historian, philosopher, and leading transcendentalist.  He is best known for his book Walden.  He was deeply interested in the idea of survival in the face of hostile elements, historical change, and natural decay.  He was a strong abolitionist and his belief in a philosophy of civil disobedience influenced the political thoughts and actions of such later figures as Leo Tolstoy, Mahatma Gandhi, and Martin Luther King, Jr.  Walking was published in 1861.  It has become one of the most important essays in the environmental movement.  An excerpt reads, "For this is the secret of successful sauntering. He who sits still in a house all the time may be the greatest vagrant of all; but the saunterer, in the good sense, is no more vagrant than the meandering river, which is all the while sedulously seeking the shortest course to the sea. But I prefer the first, which, indeed, is the most probable derivation. For every walk is a sort of crusade, preached by some Peter the Hermit in us, to go forth and reconquer this Holy Land from the hands of the Infidels."