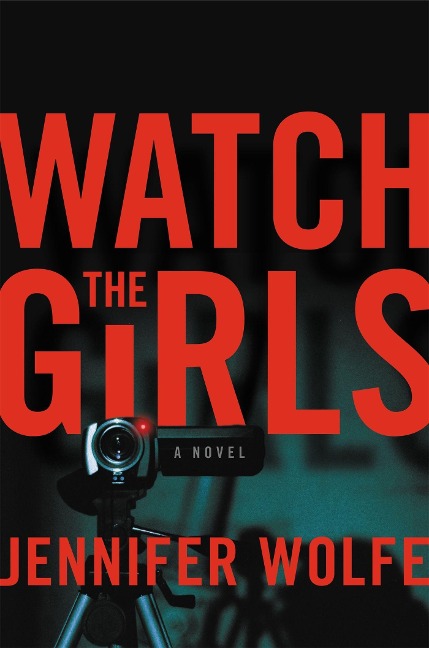 I've been watched all my life. I'm used to being stared at. Observed. Followed.

Fame and obsession collide in this darkly twisted novel from an incredible new voice in suspense.

SOMEONE IS WATCHING
Washed up teen star Liv Hendricks quit acting after her beloved younger sister inexplicably disappeared following a Hollywood party gone wrong. Liv barely escaped with her life, and her sister was never heard from again. But all this time, someone's been waiting patiently to finish what was started...

FOUR MISSING GIRLS
Now fifteen years later, broke and desperate, Liv is forced to return to the spotlight. She crowdfunds a webseries in which she'll pose as a real-life private detective--a nod to the show she starred on as a teen. When a mysterious donor challenges her to investigate a series of disappearances outside a town made famous by the horror movies filmed there, Liv has no choice but to accept.

FOLLOW THE WHITE WOLF
Liv is given a cryptic first clue: Follow the white wolf. And now a darker game is about to begin. Through social media, someone is leaving breadcrumbs to follow. As Liv makes increasingly disturbing discoveries, her show explodes in popularity. A rapt internet audience is eager to watch it all--perhaps even at the cost of Liv's own life...

Filled with provocative twists and turns as the line between plot and reality blurs in this inventive tour-de-force from breakout writer Jennifer Wolfe.

Jennifer Wolfe worked as a phlebotomist, a fiction writing teacher, a copywriter, and ran a concert venue before quitting to move to Los Angeles, where she performed odd jobs in the film industry for a decade.  She now divides her time between Los Angeles and Portland, Oregon.  WATCH THE GIRLS is Jennifer's debut thriller.  She also publishes young adult fiction under the name Jennifer Bosworth.