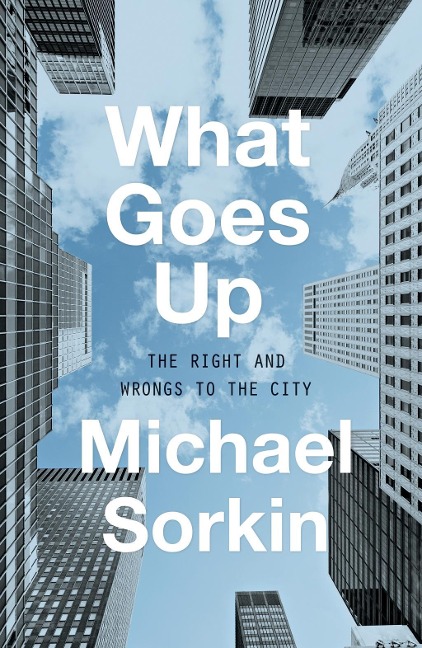 The Right and Wrongs To the City

Michael Sorkin is one of the most forthright and engaging architectural writers in the world. In What Goes Up he charts the dehumanising regimes of mayors Bloomberg and De Blasio that created a city of glittering towers and increasing inequality. He looks at what has happened to Ground Zero, as a place of memory has been reconstructed by "staritects" and turned into malls. The city, he suggests, has to be reimagined from the street up on a human scale, to develop new ways to revitalise neighbourhoods.

Alongside these essays on New York, Sorkin also brings his lifetime's experience as an architect to bear. He talks of the joy of observing a city in order to understand it. Why a young designer must learn to draw by hand rather than only use a computer. There are also personal encounters with some of the greatest names who have changed the city. Sorkin gets lost in Rio with Zaha Hadid and talks about the old Bronx with Marshall Berman.