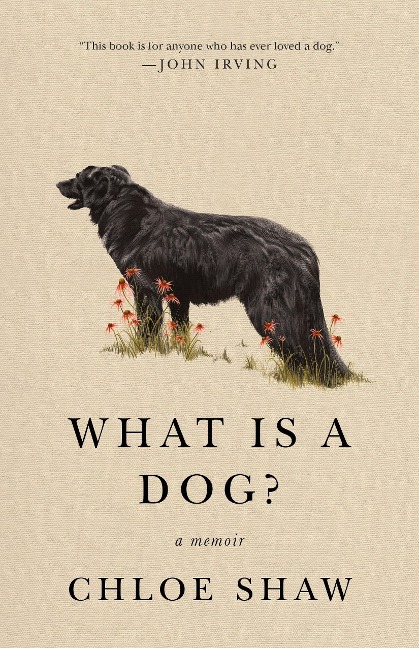 What Is a Dog?: A Memoir

On the heels of her family's beloved dog's death, one woman returns to the canines of her past in order to imagine the human she hopes to become in the future in her memoir, What Is a Dog?

Chloe Shaw is in a dog house of her own choosing. A married mother with kids, the death of Booker, her children's eldest family pet, has left her reeling and reckoning with her lifelong relationship with dogs. Unable to shake the feeling a year later, she asks her family for some time alone to be with nothing but her thoughts and remaining canines, Safari and Otter-only to find the dogs of her past pawing at her every memory and running, sticks in mouths, back into her life.

What follows is a meditation on one woman's life through the dogs she's loved and lost. Since she was a child, Shaw had learned to escape the hardest parts of being human by immersing herself in the lives of her canine companions, an adaptive attachment that carried her to adulthood. Yet, in marriage and motherhood, Shaw finds herself facing her most human struggles yet. Her old ways of "being the dog" in the face of hardship prove destructive, and it's not until she's able to love herself and learn from the dogs of her past and present that can she truly thrive as a person, and show up for the family who needs her to be their person.

With artful prose and a philosophical touch, Shaw takes us on an emotional journey anyone who has ever loved and lost a dog will connect with-and discovers dogs do more than just make our lives better-they quietly (and sometimes loudly) pull us boldly toward the person we were always meant to be.