Where Would I be Without You? – Guillaume Musso, Anna Aitken, Anna Brown | buch7 – Der soziale Buchhandel
Bitte warten ... 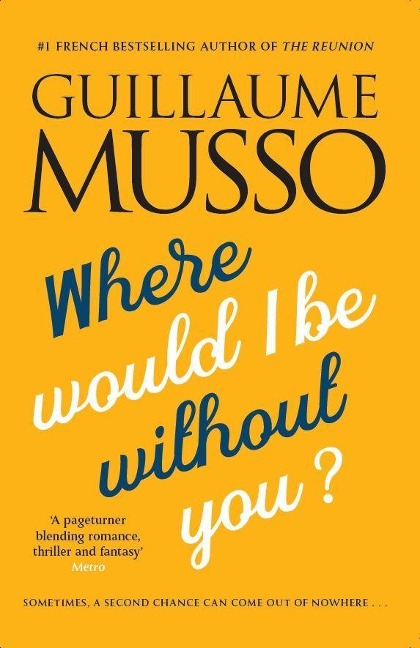 Where Would I be Without You?

Parisian cop Martin Beaumont has never really got over his first love, and their brief affair in San Francisco and the pain of her rejection still haunt him years later. Now, he's a successful detective, and tonight he's going to arrest the legendary art thief, Archibald Maclean, when he raids the Musée d'Orsay. But the enigmatic Archibald has other plans. Martin's pursuit of the master criminal across Paris is the first step in an adventure that will take him back to San Francisco and to the edge of love and life itself. *Also appeared in January Buyer's Notes*

Guillaume Musso was the number one bestselling author in France in 2011 and 2012. Guillaume was born in Antibes, where he still lives. After finishing high school, he spent several months as an ice cream seller in New York. He still visits the States regularly and many of his novels are set there. Afterwards (XO Editions, 2004) has been made into a film starring John Malkovich, Evangeline Lily and Romain Duris.