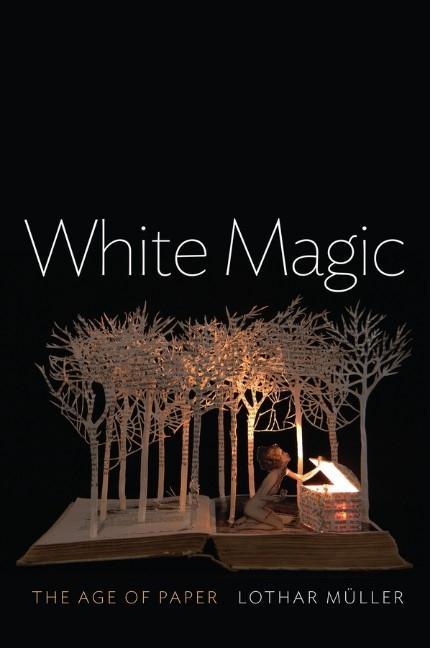 White Magic: The Age of Paper

Paper is older than the printing press, and even in its unprinted state it was the great network medium behind the emergence of modern civilization. In the shape of bills, banknotes and accounting books it was indispensible to the economy. As forms and files it was essential to bureaucracy. As letters it became the setting for the invention of the modern soul, and as newsprint it became a stage for politics. In this brilliant new book Lothar Müller describes how paper made its way from China through the Arab world to Europe, where it permeated everyday life in a variety of formats from the thirteenth century onwards, and how the paper technology revolution of the nineteenth century paved the way for the creation of the modern daily press. His key witnesses are the works of Rabelais and Grimmelshausen, Balzac and Herman Melville, James Joyce and Paul Valéry. Müller writes not only about books, however: he also writes about pamphlets, playing cards, papercutting and legal pads. We think we understand the ?Gutenberg era?, but we can understand it better when we explore the world that underpinned it: the paper age. Today, with the proliferation of digital devices, paper may seem to be a residue of the past, but Müller shows that the humble technology of paper is in many ways the most fundamental medium of the modern world.

PART ONE The Diffusion of Paper in Europe 1

1.2 Calligraphy and the Cairo Wastepaper Basket 10

2.3 The Rise of the File: Paper Kings, Chanceries, and Secretaries 31

2.4 The Merchant of Genoa and His Silent Partner 37

3.1 Marshall McLuhan and the Pantagruelion of Rabelais 52

PART TWO Behind the Type Area 79

CHAPTER 1 The Printed and the Unprinted 81

3.2 Laurence Sterne, the Straight Line, and the Marbled Page 115

3.3 The Fragmentation of the Printed Page: Jean Paul, Lichtenberg, and Excerpts 119

CHAPTER 1 The Demons of the Paper Machine 129

1.3 Balzac, Journalism, and the Paper Scheme in Lost Illusions 152

1.4 The Secrets of the Scriveners: Charles Dickens and Mr. Nemo 163

1.5 Foolscap and Factory Workers: Herman Melville and the Paper Machine 168

CHAPTER 2 Newsprint and the Emergence of the Popular Press 180

2.2 The Newspaper, the Price of Paper, and the Patrioteer 189

2.3 Émile Zola, the Petit Journal, and the Dreyfus Affair 196

CHAPTER 4 The Inventory of Modernity 226

4.4 Rainald Goetz, the Mystic Writing Pad, and the Smell of Paper 249

The Analog and the Digital 253