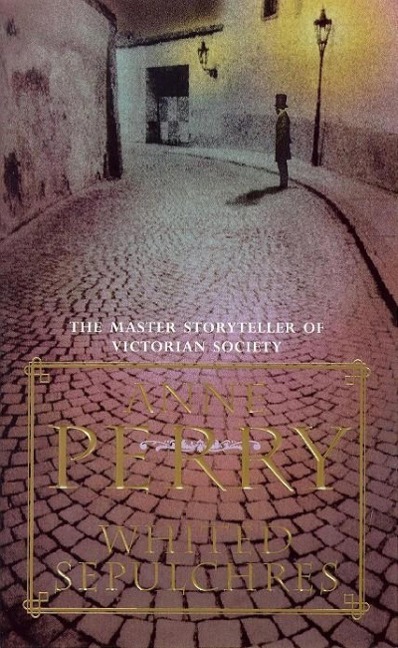 A twisting Victorian mystery of intrigue and secrets

A broken promise opens the door to one of Monk's most baffling cases...

Whited Sepulchres is the ninth novel in Anne Perry's Monk series, in which the enigmatic detective becomes embroiled in further mystery and intrigue in the foggy streets of Victorian London. Perfect for fans of C. J. Sansom and Sarah Perry.

'No one weaves plot and subplots as seamlessly as Perry... Fans will be delighted by the long-awaited romantic denouement, which brought tears to my eyes' - Los Angeles Times

Young Killian Melville is arguably the most brilliant architect of the age; passionate about his art, he is liked by everyone. So when he visits Sir Oliver Rathbone, in need of a lawyer to represent him over his alleged 'breach of promise' to marry the daughter of his patron, Rathbone agrees despite his misgivings.

The case is not an easy one. Zillah is beautiful and even-tempered, heiress to a fortune and a good friend. What more could any man want? And why would Melville risk losing the professional reputation he has worked all his life to build?

Frustrated by his client's refusal to divulge any further information, and convinced he is keeping something from him, Rathbone, his own professional integrity at stake, decides to ask his close friend Hester Latterly for an objective opinion about the case. She, meanwhile, has contacted William Monk to investigate a mysterious family matter from twenty years ago. Little do they realise that the three of them are about to tackle the most baffling and complex case with which they have ever been faced...

What readers are saying about Whited Sepulchres:

'There were two instances in this book where I nearly dropped it from excitement, disbelief and admiration for an author who continues to keep her readers guessing'

'A Breach of Promise is Perry's best work ever. This book was such a satisfying read, from start to finish'