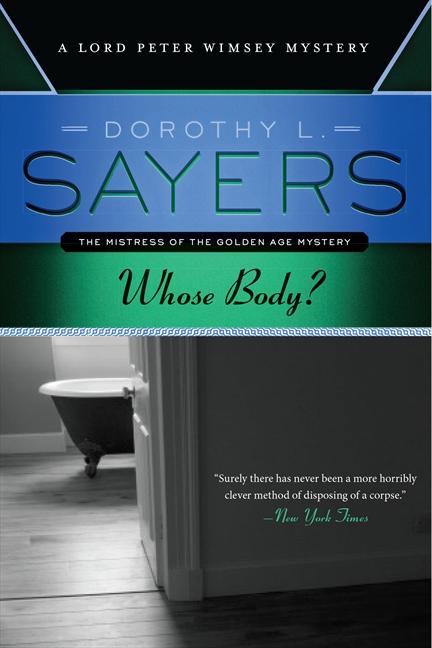 A corpse has been found in the bath of an architect's flat, wearing nothing but a pair of pince-nez. A financier has seemingly vanished into thin air from his bedroom.

The ever-curious Lord Peter Wimsey is intrigued by these odd events. Ignoring the clumsy efforts of the official investigator looking into the death, the aristocratic amateur sleuth, accompanied by his valet, Bunter, a skilled photographer, begins his own inquiry. The gentleman detective soon becomes convinced that the two cases are somehow linked. Now, he must uncover the connection?and the investigation quickly begins to bleed into his own life, stirring up dark memories of World War I that will have unexpected consequences for Wimsey and the faithful Bunter.

Dorothy L. Sayers was born in 1893. She was one of the first women to be awarded a degree by Oxford University, and later she became a copywriter at an ad agency. In 1923 she published her first novel featuring the aristocratic detective Lord Peter Wimsey, who became one of the world's most popular fictional heroes. She died in 1957.