Why the Germans? Why the Jews?: Envy, Race Hatred, and the Prehistory of the ... – Gotz Aly | buch7 – Der soziale Buchhandel
Bitte warten ... 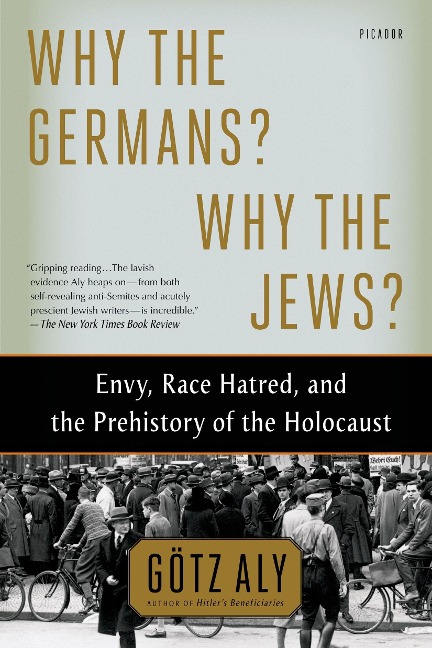 Why the Germans? Why the Jews?: Envy, Race Hatred, and the Prehistory of the Holocaust

Why did the Holocaust happen in Germany, of all places? How did a country known for its culture and refinement turn so rabidly anti-Semitic? Why did a nation where Jews had full civil rights and many opportunities-a place that Jews had eagerly flocked to in the early twentieth century to escape racist persecution in Poland and Russia-turn upon them so violently just a few decades later? Countless people have grappled with these questions, but few have come up with answers as original and perceptive as those of German historian Götz Aly. Tracing the prehistory of the Holocaust-from the 1800s to the Nazis' assumption of power in 1933-Aly shows that German anti-Semitism did not originate with racist ideology or religious animosity, as is often supposed. Instead, through striking statistics and economic analysis, he demonstrates that it was rooted in a more basic emotion: material envy.
Aly's groundbreaking account of this fatal social dynamic opens up a new vantage point on the greatest crime in history and is sure to prompt heated debate for years to come.