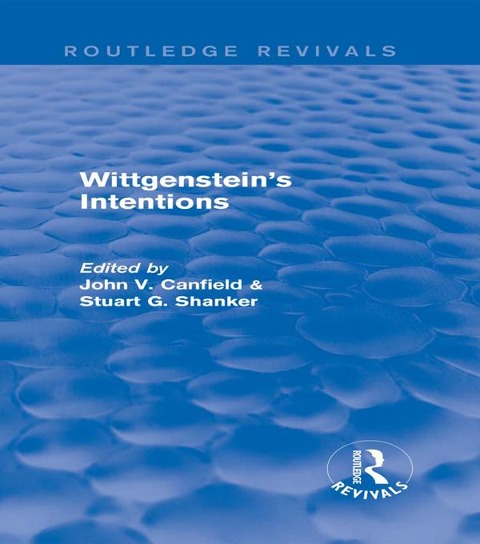 Wittgenstein's Intentions, first published in 1993, presents a series of essays dedicated to the great Wittgenstein exegete John Hunter. The problematic topics discussed are identified not only by Wittgenstein's own philosophical writings, but also by contemporary scholarship: areas of ambiguity, perhaps even confusion, as well as issues which the father of analytic philosophy did not himself address.

The difficulties involved in speaking cogently about religious belief, suspicion, consciousness, the nature of the will, the coincidence of our thoughts with reality, and transfinite numbers are all investigated, as well as a variety of other intriguing questions: why can't a baby pretend to smile? How do I know what I was going to say?

Wittgenstein's Intentions is an invaluable resource for students of Wittgenstein as well as scholars, and opens up a wide horizon of philosophical questioning for those as yet unfamiliar with this style of reasoning.