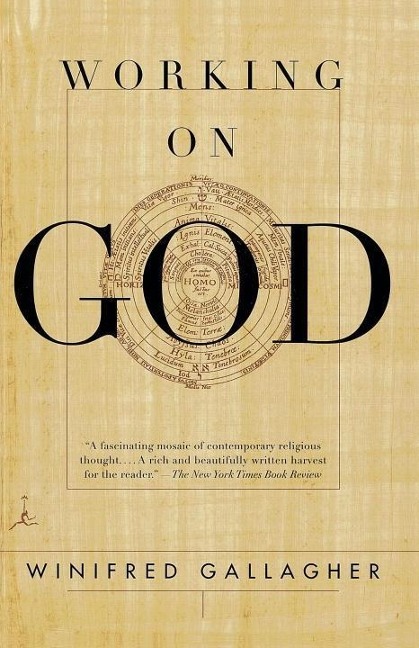 Why do I exist? Is this all there is? What is my true nature? What is most important in life? How should I live? These are humanity's oldest spiritual questions. At the year 2000, however, many who ask them are profoundly estranged from religion. To some, religion is belief in the unbelievable--incom-patible with intelligence and learning. To others, it's just another bureaucratic institution--legalistic, hypo-critical, untrustworthy. Still others have been alienated by their birth traditions, while an increasing number lack any such grounding. What unites this diverse group of skeptical, ambivalent "neoagnostics" is a sense of something deep and vital that eludes the reach of their intellect and education and an inchoate desire for meaning.

A half-century of the great secular experiment of Einstein, Marx, and Freud has proved that if religion--the record of our struggle to understand existence and behave accordingly--has grave flaws, so do the materialistic "faiths" that were intended to replace it. After looking for answers in some obvious places, from relationships and accomplishment to art and science, Winifred Gallagher realized that she had not seriously considered religion since childhood's version of Chris-tianity collided with a college education. Asking the question "What if religion could be about something else?" she decided to explore her own heritage, as well as Buddhism, Judaism, and the New Age. She discovered a vast, quiet, "millennial" spiritual revolution that is transforming religion into a process of moving toward--and struggling with--the sacred. Transcending denom-inational boundaries, this new sensibility embraces modern realities from physics to psychiatry, addresses existential questions, values personal experience over institutional authority, draws insights from multiple traditions, welcomes women as clergy and teachers, and expands morality beyond the personal to the systemic, from economics to ecology.

A reporter of behavioral science, Winifred Gallagher began her investigation of postmodern religion with research and interviews, but watched it also become a very personal story of epektasis--straining toward mystery. Journalism and journey unfold over time spent in a Zen monastery and a cloistered convent, small-group discussions and healing rituals, a Conservative synagogue that shares a Christian church, and the birthplace of the New Age. Written with humor, empathy, and a rigorous curiosity, Working on God breaks new ground in depicting the broad-based spiritual move-ment that is transforming culture as well as religion.

Winifred Gallagher's previous books are Just the Way You Are: How Heredity and Experience Create the Individual, which was a New York Times Notable Book of the Year, and The Power of Place: How Surroundings Shape Our Thoughts, Emotions, and Actions. She has written for many magazines, from The Atlantic Monthly to Rolling Stone. She lives in Manhattan and Long Eddy, New York.

Red Dress in Black and White

The Algebra of Happiness